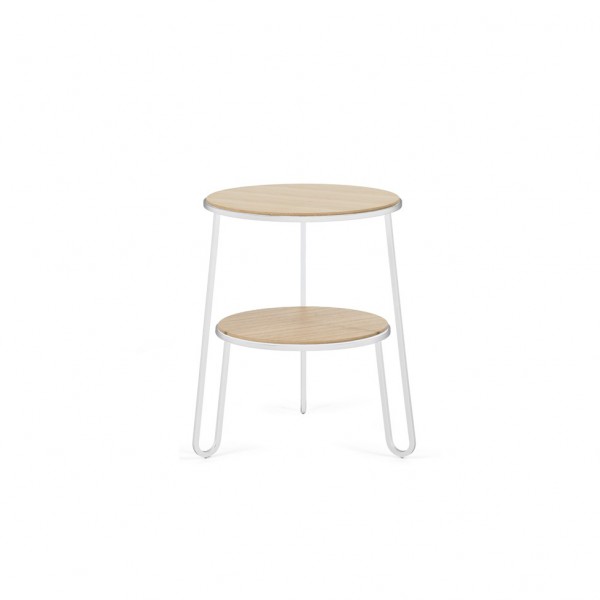 Using simple codes and quality materials, this is an unusual high table designed and manufactured in Europe!

A true cloud ... That is the impression that this gueridon gives us. Although made of materials which, taken out of their context, might seem rather common and far from lightness, the combination of wood and the shape of the metal frame has square section of this piece of furniture makes it aerial.

Equipped with a convenient double circular tray, this table is easily placed in your interior and supports your favorite trinkets like your favorite books! A furniture to use without limits!